You are here: Home / Archives for Scott Hartwick

Scott Hartwick , a Connecticut native and founder of FEZon Photography, began his photography career at age 12. His uncle, a newspaper photographer, began to teach him the fundamental skills and rules of photography including exposure, composition, and darkroom procedure. All through the seventies and eighties Scott refined his photography skills at many a rock concert with his trusty 35mm and his whit's about him.

After taking time off to raise a family Scott rekindled his passion for photography with the purchase of his first DSLR in the early 2000's welcoming the age of the digital darkroom. Over the years Scott's love of the art of photography has evolved beyond the confines of the concert halls of the east coast and has branched out into many different fields of focus including portraiture, fashion, headshots, product photography and fine art still life. 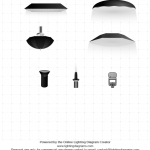 Often times we photographers get so wrapped up in our gear and the misleading jargon that comes along with it that we tend to forget the basics of light quality. What do I mean by that? I’ll tell you, but before I do that I’d like to first review the differences between soft and diffused light. Light, as it relates to our photo, has three main components. Highlight, … END_OF_DOCUMENT_TOKEN_TO_BE_REPLACED 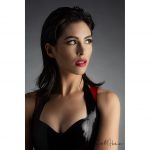 When looking to get hired for a modeling job, the first thing you should know is that word of mouth is one of the best ways to get work. The following tips are the things that photographers, makeup artists, and creative directors look for, and discuss with each other, when it comes time to find a model. Social Media: Keep a separate account specifically for modeling. … END_OF_DOCUMENT_TOKEN_TO_BE_REPLACED 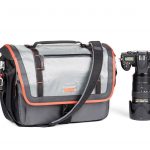 As photographers the only thing we love more than our gear is new gear. The problem is that we need to to get that gear to where our next photograph will be taken. Back in the day when slr's were becoming all the rage, we had what were called "Gadget Bags". These were fairly large cases, typically leather or canvas with hard sides, and a shoulder strap that were heavy and for … END_OF_DOCUMENT_TOKEN_TO_BE_REPLACED 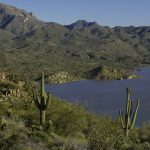 An eight shot, handheld, pano of Bartlett Lake in Arizona during the spring flower bloom 2019. Panoramic photography can be rewarding but can seem daunting unless, as with most things, you know the little tricks that make it fun and easy. That's how it was for me until one day when I decided to just give it a try. You'll not those images here since it didn't go so smoothly. … END_OF_DOCUMENT_TOKEN_TO_BE_REPLACED 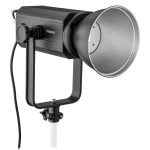 LED lights are everywhere these days. They come in a multitude of shapes and sizes. The problem with a lot of them, especially when making video, is that they are often small in size creating a hard light source. Even when they have diffusion to even out the light, that doesn't make them bigger. The Genaray Radiance monolight is not one of those lights. This is one serious … END_OF_DOCUMENT_TOKEN_TO_BE_REPLACED